In 1980, a film was released, called 9 to 5, a comedy set in an office, managed by an obnoxious and sexist boss. This was a few years after the feminist movement, and way before the current rallying cries of Me Too and Time’s Up.

Written by Patrica Resnick and directed by Colin Higgins, 9 to 5 portrayed a workplace looking different that an office does today, with all the technological advances made over the years, but in spirit, things are only marginally different for women. Women still crash against the glass ceiling when they want to rise in their careers, and even today, after an exponential increase in the female workforce and required legislation, have very little support when it comes to safety, domestic duties and child care.

9 to 5 was about three women (played by Jane Fonda, Dolly Parton, Lily Tomlin), low down in the office’s male hierarchy, who decide one day that enough is enough. After sharing fantasies about how they’d like to punish their horrible boss (played by Dabney Coleman), they kidnap him, imprison him in his own home and bring about revolutionary changes in the workplace, like flexible hours, job sharing, a daycare center, a rehab programme, all of which actually increase productivity. Unfortunately, the nasty boss gets the credit because they did it in his name. On the positive side, he is given a promotion to Brazil!.

The credits roll, with the immortal line, “We’re only just beginning,” and of course there was a lot more to be said and achieved. Back then, the film was dismissed as a ditzy sisterhood fantasy, but in retrospect it is being called a “seminal feminist film” and there is reportedly a sequel in the works.

There is also a documentary in the works looking back and the film and its impact. (https://stillworking9to5.com/documentary/)

However, flash forward forty years and a Bombshell  is dropped.  The post #MeToo era movie, directed by Jay Roach from a script by Charles Randolph is based on a true story about the bringing down of the exploitative boss of Fox Television Network, by three female employees, but it does owe a small debt to the older film.

In Bombshell, not only does the boss Roger Ailes (John Lithgow) sexually harass the women, he seems to take it as his due; a price women have to pay if they have to make progress in their careers at Fox. Then, one of the women, Gretchen Carlson (Nicole Kidman), fed-up of the toxic attitude towards female employees, and the humiliation she suffers, feels “Someone has to speak up. Someone has to get mad!’” and sues Ailes for sexual harassment.

This was just before the Harvey Weinstein period, and like thousands of cases like this, it would have been thrown out, but for the fact that Fox’s star anchor Megyn Kelly (Charlize Theron), the up-and-coming Kayla Popisil (Margot Robbie)  and other women stood behind Gretchen. Rupert Murdoch, the owner of Fox, was forced to take cognizance and fire Ailes. Still, the serial abuser got away with a $40 million settlement and no discernible dent in his advisory career outside of the Fox Network. But he died a year later, so there’s no way of knowing how his story would go.

It was a little later that Hollywood Moghul Harvey Weinstein was toppled from his pedestal by a bunch of courageous women who spoke out against him, which led to the worldwide #MeToo campaign, and the naming of several so-called respectable members of society as sexual predators who got away with their crimes, because women were hesitant to speak out for fear of repercussions. Being demoted or fired was the least of it, to bear the mental trauma, and ridicule of society, scared women off. A few years earlier, Monica Lewinsky, who accused then President Bill Clinton of sexually inappropriate behavior was turned into a joke and hounded out of Washington.

The #MeToo movement, is, and will be, for a while, the subject of films, television serials, plays (David Mamet’s Bitter Wheat has already been staged) and books. Before Bombshell, Russell Crowe played Roger Ailes in a series, The Loudest Voice, with Naomi Watts and Gretchen Carlson.

Beyond Boundaries: The Harvey Weinstein Scandal came out in 2018, and more documentaries are in the works. Reports say that Brian De Palma plans a fiction film titled Predator, based on a Weinstein like character, and Brad Pitt’s production company has one being planned on the New York Times reporters, Jodi Kantor and Megan Twohey, who uncovered the Weinstein scandal. 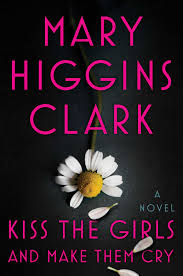 There will inevitably be pushback—powerful men accused of sexual misconduct won’t just roll over and play dead. Bestselling writer, Mary Higgins Clark’s new book, Kiss The Girls And Make Them Cry, is about  a major television network about to launch an IPO, when the higher-ups get wind of a possible #MeToo storm hitting, with their ratings-magnet anchor Brad Matthews at the centre.

Typically, when ratings and money are at stake, the attempt is to buy the silence of the accusing women, and if they do not agree to accept, or haggle over the amount, they are found dead in mysterious circumstances. When investigative journalist Gina Kane, starts to unravel the story, she is shut down by her editor, and eventually threatened when she won’t give up.

The men have their power network, and a battery of lawyers to defend them, but now social amnesia will get tougher to buy. The women whose lives were wrecked and careers destroyed by Harvey Weinstein, would find some comfort in seeing recent photos of the man, hobbling along on a walker.

He gave an interview to the New York Post saying, that “he “made more movies directed by women and about women than any filmmaker, and I’m talking about 30 years ago. I’m not talking about now when it’s vogue….It all got eviscerated because of what happened, my work has been forgotten.”

Twenty-three women who came forward to report Weinstein’s sexual misconduct issued a statement too: “Harvey Weinstein is trying to gaslight society again. He says in a new interview he doesn’t want to be forgotten. Well, he won’t be. He will be remembered as a sexual predator and an unrepentant abuser who took everything and deserves nothing. He will be remembered by the collective will of countless women who stood up and said enough. We refuse to let this predator rewrite his legacy of abuse.”

From comedy in 1980 to rage in 2020, the story of women’s exploitation has been, and will be, rewritten over and over again, even though the fight for justice remains difficult and soul-destroying.

(This is a slightly modified version of the piece that appeared in The Free Press Journal on January 15, 2020)

A Beautiful Day In The Neighborhood – Movie Review