It may not have brought home the trophy, but for the first time an Indian production was in the running for the Academy Award for Best Documentary—Writing With Fire, directed by Rintu Thomas and Sushmit Ghosh.

It is undoubtedly known by now that the film is about Khabar Lahariya (Waves Of News), a unique media organization run by Dalit women—it started as a newspaper 20 years ago, in Uttar Pradesh, and later went digital to keep up with the times, the transformation captured by the documentary. The women started out reporting on local issues, in the regional dialects, mostly concerning women, but  gutsy reporters now cover a wider range of subjects like crime and politics. Over time, they have earned respect in a profession dominated by upper caste men till the KL team decided to crash that party. In a media atmosphere now vitiated by power and money games, this women’s collective has shown what real grassroots journalism is all about.

As Meera Devi, KL‘s articulate and courageous chief reporter says in the film, journalism is the essence of democracy and it is the duty of the journalist to carry the grievances of the people to those in power, otherwise media can be reduced to just a business.

The appreciation and awards that the film has received so far are well-deserved, but the real stars are the Khabar Lahariya women. The law and order situation of Uttar Pradesh is not ideal, the safety of women is always a concern, yet these reporters travel alone to far flung areas, take on lethargic cops, lax civic officials, the mining mafia and vote-soliciting politicians. Often the impact of their coverage is such that a road is constructed where there was a boggy track and a rapist arrested. The hapless husband of a woman repeatedly raped by upper caste men tells Meera, that he can only trust Khabar Lahariya to get him justice.

Writing With Fire focuses on just three staffers, Meera, Suneeta and Shyamkali—the last not too educated and quite wary of the new-fangled technology they are expected to learn; in 2016 the newspaper went digital, the smart phone being their new reporting tool, and she had never used one before. Under Meera’s patient tutelage—even explaining to the wide-eyed Shyamkali what an ‘angle’ of a story means– the reporters are trained in shooting video on their cell phones, and the KL YouTube channel gets millions of viewers (and quite a few vicious trolls), having a greater impact than the newspaper which could only reach the literate. They are also active on social media, which gives them more mileage and their mission more power—for it is, for them, more than just a profession. The salaries they earn are not just what drives these women.

Meera’s story is quite unique—she was married at 14, but her in-laws let her continue her education till she completed her Master’s degree. Her husband, Shivbaran, who does not appear to help with the housework or even child-minding, says he did not think the newspaper would last. She does all the cooking and domestic chores; he still does not like his wife working at odd hours, and would prefer it if she looked after the home, but there is also that attraction of his wife’s income that must ease the family’s financial circumstances.

The firebrand Suneeta, who walks into the midst of a group of hostile men to do a story on the mining mafia, has to give up her job to get married, because that is expected of women. She does not want people to point fingers at her parents if she remains single. The first KL reporter to travel abroad, to Sri Lanka for a conference, makes a dutifully demure bride.

Khabar Lahariya, was started in 2012 by Nirantar,  a New Delhi-based NGO that focuses on gender and education, and the all-female staff covered news that would not reach mainstream media, or, for that matter, interest even the small-town, local language newspapers. 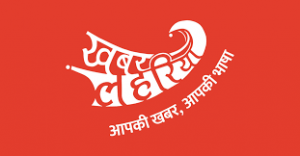 The organization has won numerous awards, and the Oscar nomination plus laudatory reviews in the international press have brought Khabar Lahariya long overdue recognition. They have, however, given a statement, a part of which reads: “The film is a moving and powerful document, but its presentation of Khabar Lahariya as an organisation with a particular and consuming focus of reporting on one party and the mobilisation around this, is inaccurate…. We recognise the prerogative of independent filmmakers to present the story that they choose to, but we would like to say that this eclipses the kind of work and the kind of local journalism we have done for twenty years, the reason we are different from other mainstream media of our times.”

The story of the Khabar Lahariya women, even seen through the filmmakers’ chosen political lens, is far more complex to fit into a single film. What the viewer sees is the organization that has grown over 20 years, not the initial struggles or the difficulties the women from marginalized communities in a caste-ridden, feudal society must have faced. When the condition of women remains precarious in the patriarchal northern belt of India, it seems tough to believe that the women were allowed to work at all, or go about their jobs so fearlessly.

Their website (launched in 2013) states, “We covered stories on corrupt officials and murders by ‘dabangs’ and all hell broke loose! We received letters from the dabangs, threatening to file defamation cases against us and our reporters were told to not act ‘too smart’ for their caste. KL had arrived as a local, independent newspaper- beyond the influence of the administration and the local powerholders.”

The Khabar Lahariya success story makes one wonder why it is not better known in the country, and why the experiment has not been replicated elsewhere. Hopefully, the acclaim for Writing With Fire will start a dialogue, if not actually another such movement. Quoting KL again, “We are 30 women who run a hyperlocal, video-first news channel, broadcasting news primarily to audiences in remote areas of Uttar Pradesh and Madhya Pradesh. 100 million views, 300,000 subscribers. Next stop, reporters in every district in the country, and global domination! More seriously, a new voice for a new age of journalism.”

But the strength of KL lies in what Meera says, “When future generations ask us, ‘What were you doing when the country was changing and the media was being silenced?’ Khabar Lahariya will be able to say proudly that we were holding the powerful to account.”

(This is a slightly modified version of the piece that appeared in The Free Press Journal dated March 25, 2022)

The Myth Of Marilyn Monroe – Feministaah